Last night was the kickoff episode of SyFy’s Big Grownup Show In Space, The Expanse. A little background: it’s a series of novels written by Daniel Abraham and Ty Franck (Under the pen name James S.A. Corey). It’s relatively near future space opera that highlights some immutable truths: humans will still find ways to screw each other regardless of where we’re living, be it Earth, the moons of Jupiter, or a barren space station in between. The novels are good, and were clearly workshopped with script uses in mind. Sometimes that’s a detraction from the quality of the story, but not here.

Highlights of the first episode include Thomas Jane as a space cop with a skrillex haircut (apparently, that’s still a thing) and Steven Strait as Jim Holden. A note about Steven: the guy grew up. At some point between the iffy 10000 BC and now, he became a lot more legitimate as a leading man. An other point in his favor (or perhaps the director’s) is that he speaks slowly enough to indicate the deliberate, honorable pitch of his character. Holden, who goes on to form a familial bond with three other characters (all of whom are well cast) is going to be noting less than a galactic lynchpin of honor and action. So to the producers, well done.

It should also be noted that because the authors massaged their narrative into a grittier reality of who would be in space, there don’t seem to be any throwaways among the cast. Even the drug addled Belter girl in one critical scene caries her weight easily. Belters are lanky, half-starved looking victims of low gravity life– their political actions become obvious later– who act as a sad reminder that even under the control of the UN, earth is more than willing to screw people in the name of profit. It pleased me to see that a unified, idealistic future would have the human elements of rapacity and violence. The Belters and their political wing, the OPA, are set up as an excellent foil for the story arc, as is the avaricious, dangerous leader of earth, Chrisjen Avasarala, who proves that even grandmothers can be horrible people. I think that Gia, seen below, will be a rare example of adding something to the mix with minor characters. Let’s face it, space is empty but The Expanse is crowded with an array of humans who all have their own agendas. It makes for a great possibility.

The next episode (tonight) will prove if the producers are connecting with the material. As far as casting goes, it appears to be spot on. If they can resist the need to sanitize what should be an absolute mess of a universe, then this series has a chance. If they fall prey to the need for a narrative that “fits” within some mythological parameter, then we’ll endure another Dresden Files in which something beautiful was turned into, well, the Dresden Files.


So, about Outlander. Roger Watch has ended! In case you were drugged and sleeping yesterday, meet Rik Rankin, who will be Roger MacKenzie, a.k.a. The Thrush. Kudos to the team who said, “Let’s get someone who looks like Roger, but sings as well.” The guy can sing. Here’s something I found that demonstrates to all of Outlander fandom that the right actor is in the right place. Well done!
Roger Mac Sings!

Richard looks like Roger, to me. I think it’s a home run addition to what is proving to be one of those casts that people will talk about for fifty years. 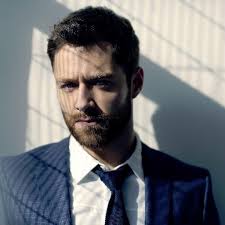 Take that, y’all. Now– and I say this as a fan– if they screw up the selection of Bree, there will be nothing short of riots in the streets. Seriously. I haven’t seen this kind of pressure on a production staff in some time. Let’s see what happens before we march, eh?

I’ll be busy with Christmas and family fun for the next ten days, I hope that your holiday is warm and bright. It’s been a wonderful year, and thanks for all of the emails, moderate threats, occasional compliments, and fun. New book will be out in late January, along with a new audiobook or two. It’s going to be a great 2016. I’ll have some signed paperbacks as New Year’s Gifts– stop by at the next post to get in on the giveaway.