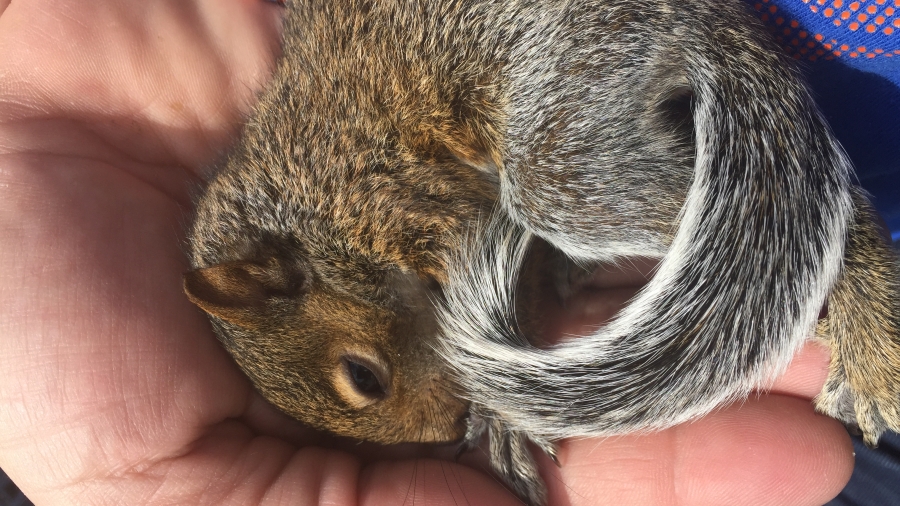 Actually, big dogs isn’t quite accurate. I like huge dogs, as well as medium, large, small, and smedium dogs. Case in point: Our basset hound (Jack Reacher) is actually a big dog– he weighs seventy pounds. But he has a low clearance, so we think of him as small, or small-ish.

There’s a particular method to having a giant dog live in your house. You begin by assuming that any and all couches are going to be destroyed. Let’s consider our Great Dane Bernadette, who loved with us for six glorious years and three couches. Great Danes are as big or bigger than a human, but with claws. Ergo, your couches are toast. Your bed is toast. Your chairs are toast. Bernie weighed just over two hundred pounds (not a bit of fat) and enjoyed, shall we say, a life of luxury.

By luxury, I mean naps.

But “big” is a relative term when compared to Bernie. Take our Great Pyrenees, Mabel, who is one hundred pounds. That’s a big dog, and yet she’s half the size of Bernie. Mabel, too, has the ability to kill couches. She also does so with a massive floof bomb of white fur that makes pollen season look like a charming joke. There are few animals on the planet who can produce more floof than a Great Pyrenees. It’s science.

But, Terry, you’re thinking– what if you lose your mind and purchase a light colored couch? Won’t that eradicate the issue of white fur?

Allow me to introduce you to Michael Dean Carr Maggert. Big Mike is a Newfoundland, also known as a Nuclear Chocolate Floofinator, capable of producing five bales of brown floof in two days. Once again, please don’t argue. It’s science.

You may be wondering, “But Terry, what about the drool?”

I’m glad you asked. Oddly, all of our big dogs have produced some drool, but not the gulley washer of saliva one might expect from a beast their size. Still, I am always living with the assumption that every article of clothing I have on will show the following signs:

The lint catcher in our dryer could supply an Irish fishing village with enough hair to keep them in sweaters for a century.

Also, one should prepare for giant dog tails breaking things– sort of like four legged Godzillas who are REALLY happy to see you every time you leave the room and come back. But without the nuclear firebreath.

So. Let’s see those big dog pics– whatcha got? Danes? Pyrs? Newfies? Wolfies? We love them all.

This Tuesday, something happened that is a (sadly) common part of my life.

Taking my son to school, I noticed a rabbit sitting in a driveway. From her body language, I knew she was badly wounded. I stop, approach her carefully, and pick her up. She’s shaking, in pain, and scared.

I’ve been rescuing animals since I was a child. My dad taught me to love animals, respect their plight, and above all else, render aid when and where I could. In the past month, I’ve handled a possum, a crow, five kittens, a rabbit, and snakes, frogs, and turtles. In truth, I have pulled over to escort woolly bear caterpillars across the road (I find them charming and oddly funny).

I am a magnet for turtles. This is known.

The bunny’s injuries were too severe, and I knew it. We drove across town to the animal hospital, and she was given peace. My wife kindly said, “Her last few moments were warm.” I do this a lot– every time, it’s hard, and every time, a bit of me stays with the small life that just ended. I’m okay at first, but like a tide returning to shore, the feelings catch up with me. I cry, think about what it means to help (it’s not always easy) and move on. In more than forty years, it doesn’t get easier. Ever.

What I’m going to write now is something I’ve been considering for several days. As a writer, I have to be– polite? Careful? I must choose my words, because my living comes from the sale of books to kind people who believe in my stories.

A few days ago, Jezebel published this:
http://theslot.jezebel.com/an-october-surprise-for-mike-pences-dog-death-1788255412

Let’s read that headline together: “An October Surprise For Mike Pence’s Dog: Death”.

In the spirit of full disclosure, I don’t like politicians. That doesn’t matter here, at least not to me. Jezebel is a site that combines snarky exploitation along with the journalistic integrity of Gawker. They’re not journalists; they write clickbait about private lives and scandal to earn money. That’s it. They earn money from pain, or shame, or curiosity.

That headline is beyond the pale. Even for the appalling standards of clickbaiters, it’s sick. It’s the lowest common denominator in a field dominated by exploitation and stupidity. I’d say they have no shame, but that’s redundant.

I’ve never read Jezebel, or the *author* of that piece, one Brendan O’Conner. I certainly won’t start now. I will, however, tell my readers to consider who you’re supporting when you click on anything from their site.

For me? I won’t forget this article. I leave that decision to you. Thanks for reading. 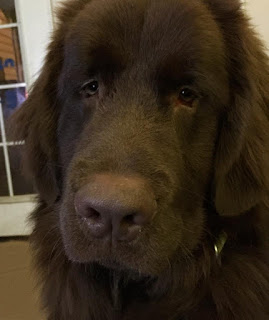 We adopt, rescue, call it what you will. In any case, we have a herd of critters at any given time. I have experience with giant breeds, and find them to be sweet, goofy, and loving.

So, there was a need and we had room at the inn.

Meet Michael Dean Carr-Maggert. He is a puppy. He is huge. He’s getting hugerer with each passing day.

He also has little regard for doggie gates. In fact, they aren’t doing much good at all.

Not to be outdone, our two additions prior to Big Mike, Dixie and Truman, are here to let you know that all is well. Should you need to speak to them, don’t. They’re napping.

Truman is ten, Dixie is six. They’re both gems. They do not, however, possess the destructive power of Big Mike.

So that’s the update for All Things Dog as we come to a close in 2015.  More to follow– I still want a giraffe, and wouldn’t say no to a wildebeest, either.