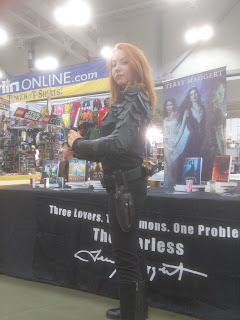 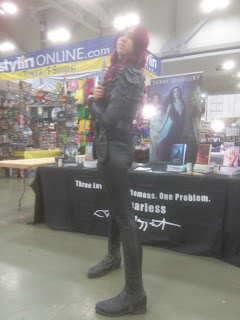 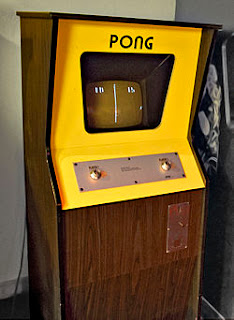 When I was a kid, it was dogmatic that geekery was something to be punished rather than celebrated. Certain events began to shift that attitude, which had permeated schools across the United States until the late 1980s. Star Wars was one such liminal moment, so was the rebirth of Star Trek, and other superhero related films as well.
Dungeons and Dragons, gaming, and the enthusiasm of table top gaming began to grow alongside the miraculous wave of computer and video gaming. Think about this: At one time, Pong was the domain of idle stoners and the curious.

That in itself was a radical shift from the iconic activity of most teens– pinball– and Atari was born as a social force that continues to impact how we look at media and entertainment today. I’m not treading new water when I say that games have become both mainstream and hugely profitable; the culture surrounding gaming has grown from a sliver to large chunks of various age groups. Games, geekery, and all things nerdy have jumped the banks of the cultural zeitgeist and gone from outliers to mainstream.

It would be impossible– and irresponsible— to mention gaming without the obvious connection between technology and the expansion of this market. Computers, connectivity, and the immediacy of modern social structures are rooted in a competition that can be shared by people of nearly all types. That’s no accident, and as someone who teaches history for a living, well worth my time to examine. Modernity creates a market that is unceasing in its demand for Bigger! Brighter! Faster! More!— in point of fact, we have trended more toward the world of Bladerunner than we care to admit, but this shift seems less like a tidal wave and more like a tide. It’s been steady, and it has no signs of withdrawing to the outer bay of history anytime soon. 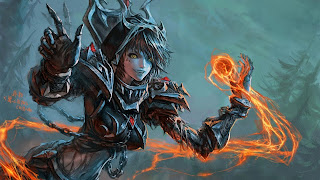 Millions of people game online. They’re connected. They vault seamlessly across national lines and have created their own language, mannerisms, and networks. Superheroes continue to bloom in the theater, as do comic books– a genre pronounced dead thirty years ago– and all of the impedimenta needed to support this massive section of the modern culture. Geekery is no longer anything except a constant war between the consumers and those would control that which they are offered. Due to the endless inventiveness of youth/geek/nerds/rebels, in no way would I bet on corporatism and social pressures as bringing this rabid, varied fan base to heel. More on that later–

In 48 hours, I’ll attend the largest Con(vention) I’ve ever been to. There will be multiple genres side by side, from horror, to science fiction, to anime, and fantasy. The simple fact that there is such crossover between these distinct styles tells me that geekery– once a source of ribald jokes– is now a force of such intensity that it transcends the bounds of definition.

I’ll have my first truly surreal experience this weekend, too– two Cosplayers will be dressing as a character I created. Think about that for a moment. A guy who was a nerd thirty years ago is now writing things that people will use to enjoy themselves, a sort of artistic expression that once would have been derided as “nerd stuff”.

It’s official. I have lived long enough to see the real “good old days”, and they are now.

I’ll share pictures and such from Fandomfest this weekend, and until then, cheers! 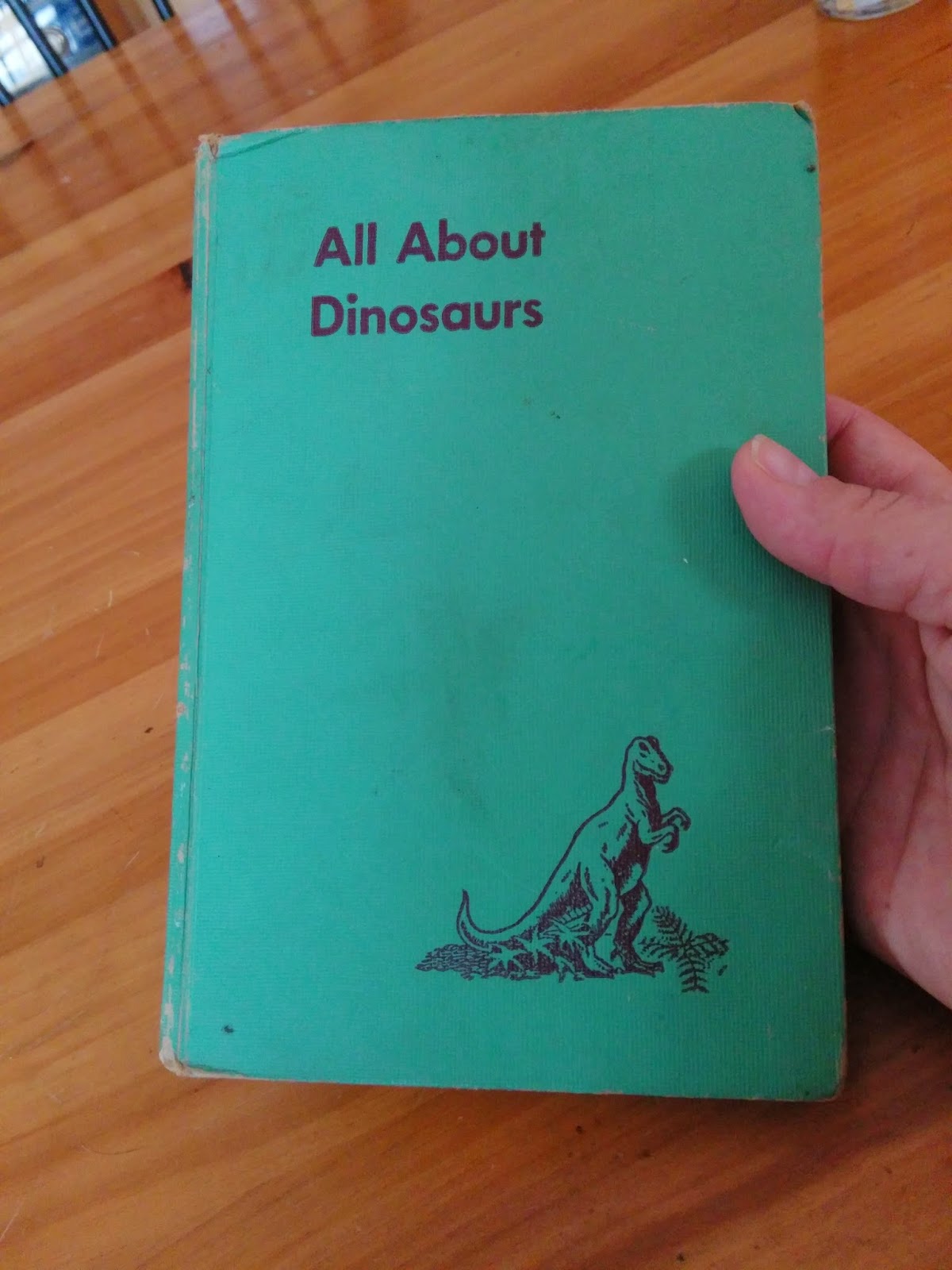 I didn’t bother to look it up. What qualifies as Antique?

I know I’m getting perilously close to being old because the books I read as a kid are now valuable. My school lunchbox is probably worth a hundred bucks, easily, and that’s assuming I don’t clean out the fossilized peanut butter residue. The difference between old books and antiques is that I read my books and enjoy them. I don’t gaze at them, dust them, or forget about them as a relic of a bygone era. And I may be strange for saying this, but old books just smell good.

My Bookshelf:
From the age of four, my bookshelf centered on the following topics:
1. Dinosaurs
2. Rockets
3. Volcanoes
4. Dragons
5. Monsters
6. Fossils
7. Any combination of the above, but in space.
I present exhibit one, a 1956 volume that is now so out of date is exists only as a relic. Sort of the way I will be someday, but with less complaining about the temperature of my soup.

Let’s take a look inside this beauty. 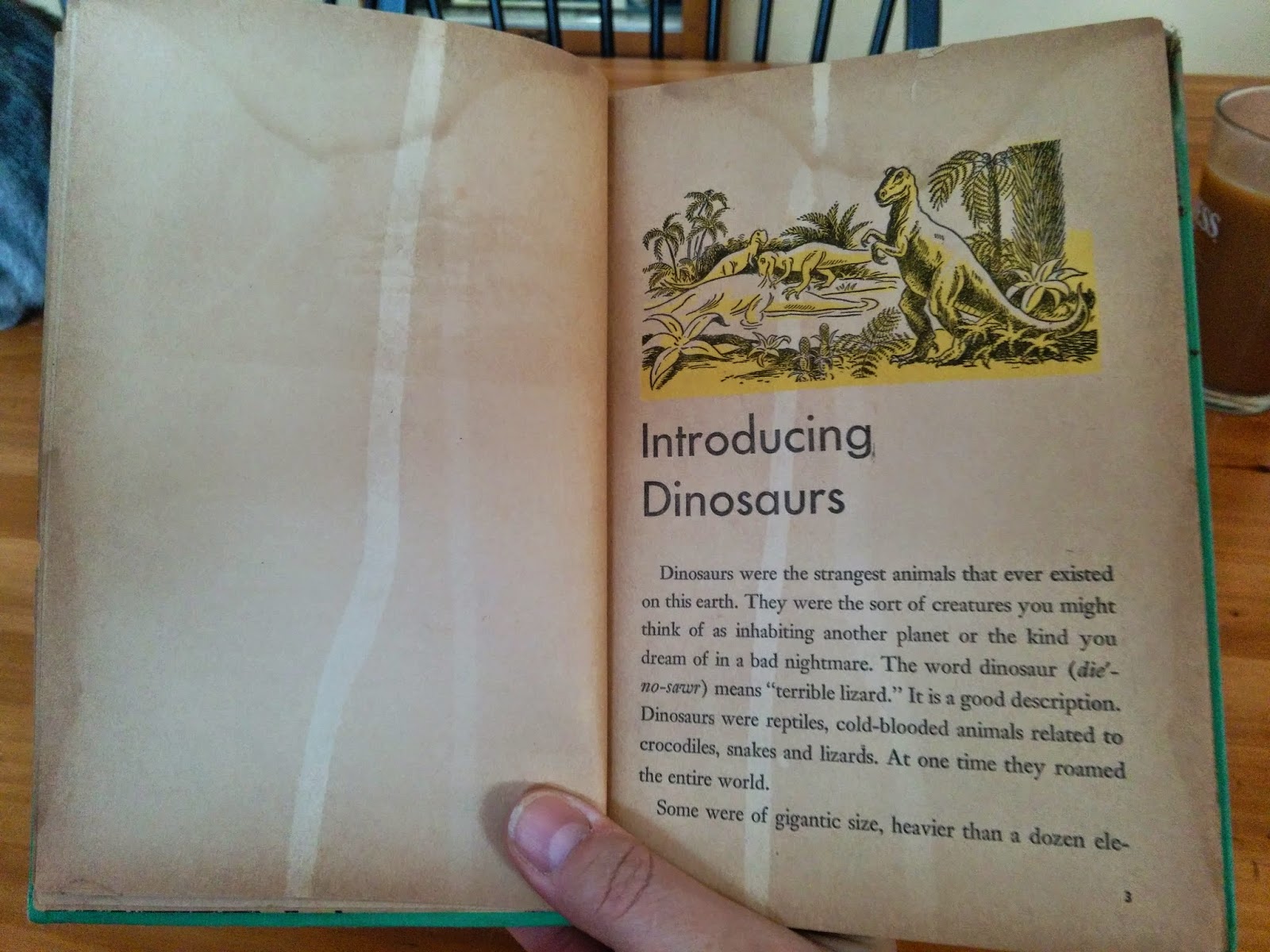 Gorgeous. I love everything about this book. From the tales of hunting fossils in the Gobi Desert to Montana, it’s amazing.
I also learned that my love for reading had some serious effects on my life. Case in point: while other students were actually doing math, I was busy writing stories about aliens that came up from secret tunnels in the bottom of farm ponds which naturally connected to another dimension and oh by the way, they look a lot like snapping turtles. I present the following evidence from 1983, my Freshman year of high school: Ouch. That, ladies and gentlemen, is a student who will go on to achieve great things in History.
I’ve been pawing through my old books; there are titles in my collection that I’d nearly forgotten, but when I pick them up the entire story floods back to me like a returning tide. I love my old books. They’re a record of what I was doing (or not doing–math) and not unlike an old group of friends who will wait for your forever. Books are loyal. Stories are permanent, as long as we remember them.

And Algebra is the devil.