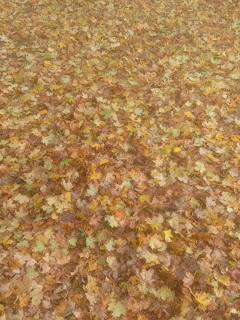 For lack of a better term, that’s what I’m calling our rain. Because it knocked down every leaf-like structure in the universe.

Up until two days ago, we were in that glorious stretch of weather that makes everything seem possible!

The sun was shining. The breeze was light. The sky, that perfect October blue that faded into the brilliance of stars I’d forgotten were so present. In a fit of achievement, we moved furniture purchased six months ago.

After removing somewhere between ten and three hundred thousand spiders, the cabinet was ready for positioning, and in that moment, all was right with the world.

Then, the merest hint of rain arrived, and the lawn– now returned to a green splendor not seen since June– became covered with leaves who collectively gave up (quitters!) to land on the ground where they will absorb water until their density is somewhere north of concrete.

You know why people get depressed as the days get shorter? Because they have to rake leaves.
No one in their right mind wants to rake wet, heavy leaves. But here we are, and unless I buy a flamethrower, this is my fate.

In book news, check my amazon page for some .99 sales this week. I just mailed out a stack of goodies to readers, and will do so next month as well. Watch for the next giveaway!

Until the raking is done, I remain, 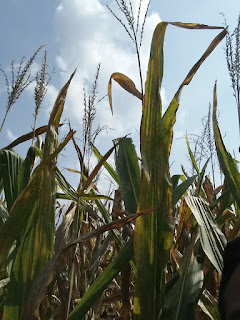 Also my birth month, and the month we lost my mother nearly twenty years ago. There’s a lesson here, I think.

I’ve been in an area afflicted by seasons for more than twenty years of my life, and in some way, September has become my favorite month. Crops and flowers start to look a little shopworn, and there are quiet places where creeks used to be during the height of the rains.

But then, we get a bit of rain and there’s a Renaissance in the fields. Things perk up. Flowers bloom. Beans get sassy, go a little higher. Things are moving again.

That doesn’t include the flowers. Here’s the thing about weeds and flowers: in September, they’re both the same thing. It just depends on where they are and if you want them. Regardless of our applause, they’ll bloom.

That purple stuff? It’s purple glory. It shows up in August, bursts onto the scene, and tells everyone that fall is nearby, so you’d better soak up what heat you need to get you through the inevitability of the oncoming gray.

I turn forty-seven in five days. I can identify with the flowers and the weeds. I was slow to arrive, not really the best neighbor for a long time, and then, once I bloomed and got a little rain, I was okay. Now that I’m in my glory, it’s late in the season, and I’ve got to decide if I bloom until the bitter end, or do I fade out?

I think I’ll hang out and be purple, if that’s cool. At my age, the fall looks pretty good, and winter, too.